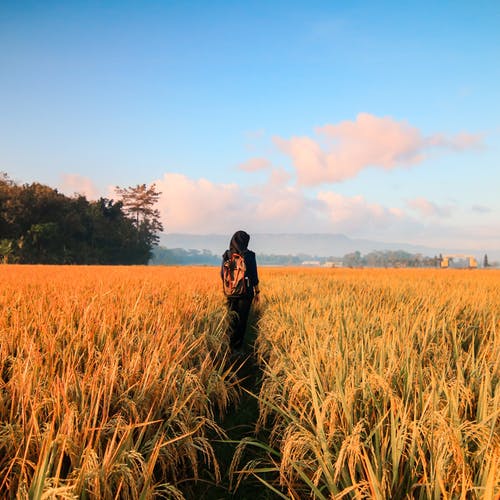 It is interesting how someone can conjure up your own life testimonies and attempt to define your history, but in fact have never known you at all! They maybe have walked past you on the street or saw you in the grocery store, taken notice of you, because you are uniquely distinguished away from the rest of the crowd. As a soldier of the Kingdom of GOD you have been designed as a peculiar and unique individual driven to promote life in CHRIST JESUS! Without a doubt you will function differently in the midst of the crowd.

This makes many desire to know more about you. Sometimes in a good sense. Yet many times in a bad sense. Keep in mind Joseph's own brothers despise his unique place in his father's Jacobs heart.

You can mostly take note of JESUS in the earth. Many cheered HIM on one day saying, "Hosanna in the highest". Yet the next day they said, "Crucify HIM". So as a child of the KING, you may be experiencing these things in the very hour. However, keep in mind as children of GOD we are designed to promote life.

People may begin to inquire of you from someone else, who also do not know you either, and who may only know where you live.

Then that person too will ask another, and it become a trickling effect of mostly none truths and speculations. However, they still do not know you.

Because people are looking for the worst at times, later it becomes a norm of those, who they choose to believe, and what they have defined you to be. Yet, not really having known you even at all.

After all is said and done, no one profited anything for keeping that ignorance swelled up in there head. Yet it has still become their idolized trophy.

This is what is called gossiping, envying, strife, and many other unclean fruits that are mentioned in Galatians 5.

It is also viewed as frowardness as written in Proverbs 10:32.

This may be the same that you are experiencing in this hour. No one do not really have to know anything about anyone.

Think about it. What is the purpose knowing something about someone you do not know? Don't tell me. Let me guess, it will buy them a car? No, let me guess again, it will buy them some land? No, I think I got it, it will somehow get them the education they always wanted? What is your purpose for pursuing another persons life?

After all, do they we work for you? Did GOD tell them to seek to know you in the way of performing cunning witchcraft acts of manipulation to present you to others while you have attempted to mold you into the image and likeness they want you to be in? Absolutely not. GOD loves you and want the best for you.

Do they really feel that the devil has given them that much power and authority over what GOD has created?

Never, JESUS is in total control of all power and authority. If they were to search deep within themselves, they will find that all of the hard work and effort to search out your is their own euphoria. It is a delusion and mindless trap designed by satan.

Now is an opportunity for everyone to wake up and know the true character of JESUS CHRIST and to follow HIM.

JESUS was about HIS FATHER'S business. HE did not slip and slide around seeking for someone to destroy and devour. Nor did HE go around gossiping as a froward person.

HE addressed HIS adversaries directly and straight to the point. HE did not perform cowardly acts. HE did not promote messages based on what HE thought, but what was truth.

HE spoke in the TRUTH and SPIRIT.

JESUS taught us to seek the Kingdom of GOD and HIS righteousness, not each other. By seeking HIM all things will be added. There is no need to see what another has or do not have with this Kingdom knowledge.

JESUS did not bury people, but HE raised them from the dead.
As children of GOD we are designed in the character of being Kingdom minded children that walk by and are led by the HOLY GHOST.