Once upon a time, I worked for a company as a Major Account Executive selling managed DSL/T3 solutions to companies having 5 or more locations. While in the field my peer coworker and I was invited to a business owner’s home. He introduced his wife, daughter and son to us. His son when out to play across the street with some other children.

The businessman asked if we would like to drink some wine. My peer coworker said “Yes.” I declined.

While we were at the business man’s home, he started ranting and raving about the power he had to call his son without speaking, as we listened silently waiting for him to land with all that he had to say. His solemn and humble wife sat still emotionally traumatized and somewhat shameful that the husband would discuss something like that with us over a business matter. His son was outside playing, and had not came back into the house for sometime. To show forth his so called power, he said he was going to keep silent and call his son, and sure enough his son actually appeared and said "yes daddy” while standing outside a window. The business man obnoxiously commended himself for being capable of calling his son without saying a word. He continued on frantically praising this power that he called out that he had.

Of course as I sat silently, inwardly I was praying inside as Hannah of the Holy Bible did, with a deep yearning for the power of God to be revealed.

This businessman was barbecuing outside and even went as for as to tell  his nine son to pull the lid of the grill down while the fire was very scorching high, tempting me and my peer coworker to speak out. There was no way that this small boy could reach the lid to pull it down without getting burnt by the fire.

I just continued praying silently in my secret closet asking God NOT to allow the young boy to move. The boy did not move. He stood still in our amazement.

The businessman was angry with his son. He continued ranting and raving at his son while moving to the grill himself to close the lid down.

My peer coworker and I were aware that we were actually dealing with a satanic principality. When the opportune time came. I said, "when God tells satan to sit in a corner HE must obey," while pointing my finger away from the individual into a corner. All of a sudden, the businessman became silent and lost his frantic momentum of talking. I used it as an opportunity to speak to him about Jesus Christ Dunamis Power!

The business man began to repent and told me his story that led him into dark patterns and designs of the enemy. When he was a child his mother died early. Then he was raised by his grandmother. As a young man his grandmother became ill with cancer. All of the time while he was with his grandmother she preached Jesus Christ and HIS healing power. So he prayed with all of his physical might that his grandmother would live. However the Sovereign Will of God prevailed!

So, when his grandmother died he became angry and bitter with God and this allowed satan to take advantage of him. Manipulating his destiny and using him as an agent. Even though he attended church with his family...that anger and bitterness was still at work in his soul.

I quoted Revelations 21:3-7 to him and explained that he had the opportunity to be with his grandmother in this heavenly place as he choose to live in Christ Jesus.
“And God shall wipe away all tears from their eyes; and there shall be no more death, neither sorrow, nor crying, neither shall there be any more pain: for the former things are passed away. And he that sat upon the throne said, Behold, I make all things new. And he said unto me, Write: for these words are true and faithful. And he said unto me, It is done. I am Alpha and Omega, the beginning and the end. I will give unto him that is athirst of the fountain of the water of life freely. He that overcometh shall inherit all things; and I will be his God, and he shall be my son.” -- Revelations 21:3-7 (AKJV)
The day he tearfully met Jesus Christ became a profound turning point in his life as well as his family.

The wife said that she had never seen him stumble with words before, nor to be humbled in front of anyone. He called the whole family in, and asked for prayers.

If you are in turmoil at the lost of a loved one, seek the Lord for His Sovereign Will for their life. Accept it and keep your relationship established in Christ Jesus that you may see Him one day.

To the Glory of God...this business man now lives in Christ Jesus now after experiencing the revealed acts of Jesus Christ. The peer coworker also gave her life to Jesus Christ while declaring that day. It made her a believer. 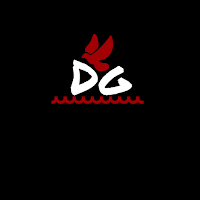 Rev. Dr. Donna Ghanney is the founder of Kingdom Empowerment, Inc., Kingdom Empowerment Magazine,Jewelry4AQueen Collection of Fine and Fashion Jewelry and KEIFM Radio. She is the Author of six books, Ezine Article Writer, Speaker, and Producer.