Kingdom Principle: Allowing the WORD to End the Debt 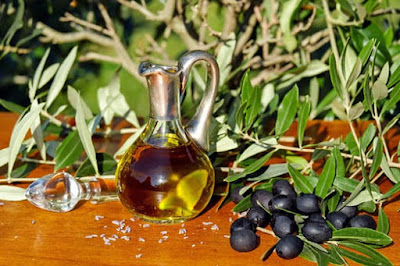 A son of the prophets, wife became a widow. She sought a solution for her poverty from the Prophet Elisha...to ensure that she would not lose her two sons to a slave system for a debt that was owed. There were two things she pointed out to Prophet Elisha: 1. Her husband was a servant of Elisha and he served the LORD. 2. The creditor wanted her two sons to work the debt off.
I am sure that her situation arrived due to circumstances beyond her control, as she stated that her husband did serve the LORD. Elisha said three things. 1. He pondered "What shall I do for thee? 2. He receives a revelation and asks " What hast thou in the house?"
Elisha then proceeds to give her clear instructions on what to do as a solution to her problem. 1. Go abroad and borrow the vessels. 2. Borrow not a few. 3. When you receive the vessels shut the door behind you and your sons. 4. Fill the vessels. 5. Set the vessels aside that is full.
The widow followed the instructions thoroughly. She did not deviate to do it the way she saw fit to do it. In fact, she did not move to the next step until she visited Elisha for further instructions. Elisha then told her to go and sell the oil to pay the debt she owed and to live off of the rest of the money that was going to be left behind. This was the end of all of her major problem with the debt collector. She could find relief and hold on to her sons.
This widow owed a debt, yet the LORD saw fit through the Prophet Elijah to restore her. Many would have judged her in this hour and analyzed each step she was taking that Elisha gave her. Some would have even called the creditor out of mere jealousy knowing that perhaps she would prosper and so that the creditor could trouble her even the more. Some may have stopped her and the sons on their outward journey to set snares and traps as she was attempting to get the jars.
If this is you, the widow owing the debt, and you have received the GOD ordained solution here are some things you want to sincerely do.
1. Follow the steps to the WORD you receive to achieve your expected outcome in Faith.
2. Avoid the naysayers and soothsayers designed to get you off course.
3. Keep your focus to the end.
4. If the WORD is not conclusive, don't give up. Go back to get further clarification.
5. Don't give up. Remain fearless until the end.
6. Even though you are challenged be persistent and consistent casting down every imagination that is not profitable to your soul.


7. Manage your rewards, so that they last you a lifetime. Every WORD of GOD is administment for the soul and leads to a prosperous end. Value it and be debt free.
Elisha and the Widow Ending Debt Faith Kingdom Principles Prophetic WORD Salvation
Location: Brooklyn, NY, USA